Party down with Colonel Parker 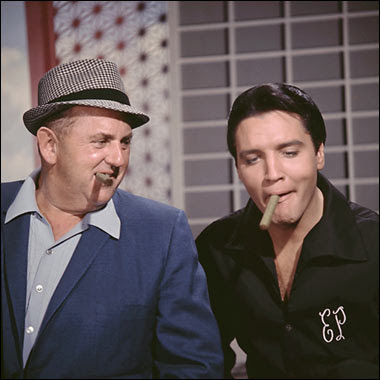 The Barman is going to an Elvis-themed party in a couple of weeks. With so many would-be Presleys in the house, I'm thinking the only choice of costume (apart from going as Priscilla) is Colonel Tom Parker.

It's a little-known factoid that the real reason Elvis never toured outside the US (apart from some 1957 shows in Canada which had an open border then) was that his manager wasn't a legitimate American citizen and might have been deported had he applied for a passport.
Posted by The Barman at 5:41 AM