Surely it's the only explanation for this?
Posted by The Barman at 4:05 PM No comments:

Adventures of Watt are a Hoot 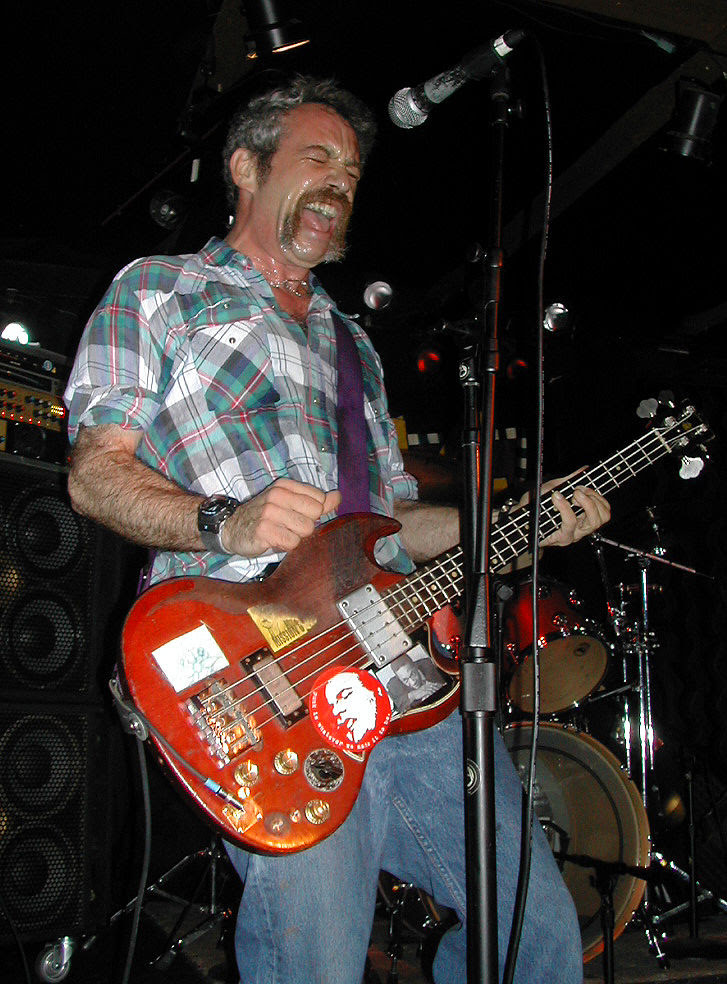 Ex-Minutemen and now Stooges bassist Mike Watt is one of rock and roll's coolest gentlemen. We've corresponded over the Inetrnerd and met once, amid noisy and hectic circumstances at a makeshift gig in Sydney a few years ago. He was playing bass with a couple of local kids from a punk band called Gallucci in a Mexican restaurant.

The place was packed (it was the eve of the Stooges' Big Day Out show and this was an unannounced gig.) The show - a bunch of Stoioges classics with Steve Mackay adding sax - was done on the fly with little rehearsal, but Gallucci's star bassist Watt was the glue. He worked with his temporary bandmates to hold it together.

Offstage, Watt had no bullshit about him either - despite all he's done. Humility is his middle name. I wish we'd had time for a proper chat. In the end, I was honoured to buy him a couple of beers.

Watt's commitment to his music and the people around him is legendary. So is his blog, Hootpage.

If you're a fan of the Stooges you should hop over to Hootpage to read his tour diary. It's full of Watt's idiosyncratic and colourful personal language and self-deprecating humour. His podcast interview with James Williamson is worth the download, too.
Posted by The Barman at 8:31 AM 1 comment:

Amdre Williams has a blog...and a cologne 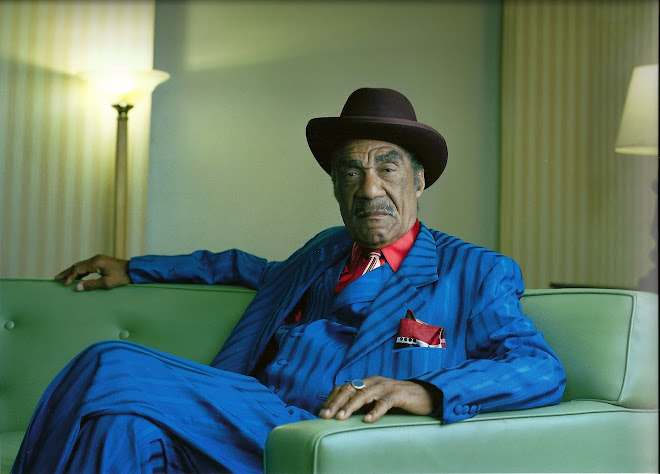 The Black Godfather has entered the Internerd with a blog. He's pushing a new album, a European tour and a line of cologne. That stuff must be the shit; Andre's a killer with the ladies.

Go see the blog here.
Posted by The Barman at 8:26 AM No comments:

It was a St Valentine's Day Massare 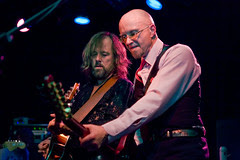 st valentines masssacre
Originally uploaded by Yorrick (bonehead)
Here's a great set of pix from the recent Hitmen tour with Niagara from Richard Higgins, a photographer from Wollongong.

This shot is of Klondike and onetime Hitmen bandmate Brad Shepherd (he's the one with hair) who now goes around with the Hoodoo Gurus, and it's them rocking out on "TV Eye" behind Niagara on the last gig of the run at the Gaelic Club in Sydney.

Click on the caption link to see more.
Posted by The Barman at 8:39 PM No comments:

They Say It's His Birthday

His Igness turns 63 today. Who woulda thought that possible? At a guess, he's having a day off with a glass of fine wine as the Stooges don't play again until Spain on the 30th.

The Return of Flipside 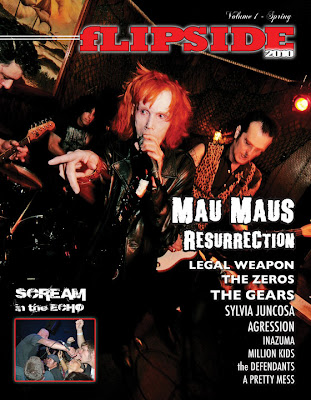 Remember when paper zines ruled the punk rock world and were the main form of communication between geographically disparate scenes? One of the best was American punk magazine Flipside which has returned from the dead in digital form. Click here for a free copy.
Posted by The Barman at 5:10 AM 2 comments:


Last Friday's Niagara & the Hitmen show at the Step Inn, Brisbane, brought together four ex-Screaming Tribesmen in Mick Medew, Chris Masuak, Murray Shepherd and Tony Robertson. Who knows what will happen from here? The song is "Ice" and Johnny Kannis always wanted to sing it live. Thanks Rossy for the camera work.
Posted by The Barman at 9:47 PM 3 comments:

THat's not today's date. It's a classic song from Destroy All Monsters, covered by New Race and now reprised by the Hitmen, backing DAM/Dark Carnival singer Niagara on an Australian tour. Here they are playing it at East Brunswick Club in Melbourne last Sunday:

If you missed them there's every chance they'll play it again at the Step Inn, Brisbane, on Friday, the Great Northern at Byron Bay on Saturday and the Beer Garden at Surfers Paradise on Sunday. After that, it's The Crest at Sylvania on Friday, April 16 and The Gaelic Club, Sydney, on April 17. After that, Jackie can hold onto JFK's brains. Tour's over.
Posted by The Barman at 9:43 PM No comments:

On the road with Simon Chainsaw

Ex-Vanilla Chainsaws mainman Simon Chainsaw has legged it out of his idyllic adopted home of Brazil to tour through a springtime Europe. Full dates at the I-94 Bar in the Living Eye section but for those not lucky enough to get to the gigs, Simon's uploading a daily videoblog of his adventures.

Posted by The Barman at 9:17 AM No comments: 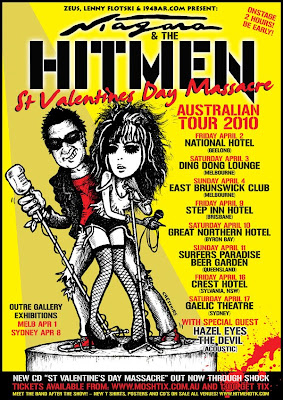 The Barman's Rant blog has been quiet because it's been busy on other fronts. Tim Cashmere's story is curious in its underplaying of the Hitmen mini-set but he nails it in the end. Niagara is unique and the Hitmen are one of Australia's last rock and roll bands. Get yourself to a Queensland or New South Wales show or regret it.
Posted by The Barman at 7:25 AM No comments: