Merry Christmas and goodnight (for a week or two)


Last post until early-January. Have a good break. I know I will.
Posted by The Barman at 5:28 AM No comments:

A conversation with Bob Gruen 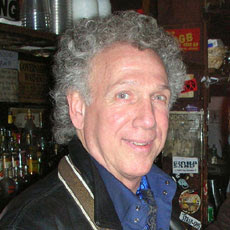 New York snapper Bob Gruen's one of rock and roll's premier photographers, as much for being on the spot at the right time as being adept at capturing the essence of his subjects. Some of his most famous subjects have been the New York Dolls, the Ramones, the Pistols, Blondie, The Clash and John Lennon. There's an interview in Crawdaddy online here where he reveals a lot of his best photos were captured spontaneously (as many of the greatest are.) He also sounds like the sort of bloke you'd like to have a beer with.
Posted by The Barman at 9:04 AM No comments:

Yule always be a Stooge 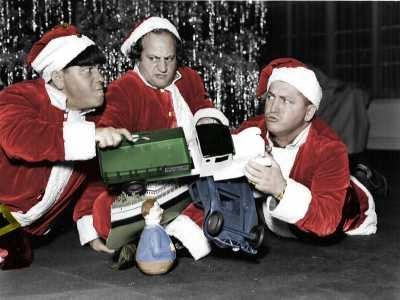 Nyuck nyuck nyuck. Stolen from Brad Fitzpatrick's Facebook.
Posted by The Barman at 8:39 AM No comments:

Simon Chainsaw and the Hippy Killers

Simon Chainsaw (ex-Vanilla Chainsaws) has a new CD out, "Alpha Negra", and slipped a copy under the door of Ramones Manor on Sunday, so i guess that means he's back from Brazil for Xmas. It's a goodie and a review will be at the Bar after the break but here's a film clip from his output with the Hippy Killers to give you a clue.

Posted by The Barman at 6:29 AM No comments:

True metalheads are a breed unto themselves so this silly season story on "PM", the flagship current affairs program of Australian national broadcaster, ABC Radio, comes as no surprise. The yarn was sourced from the respected British Medical Journal.

But did you know PM host Mark Colvin (the guy making the closing comment questioning which decade the reporter is living in) and who is pictured at right was once a committed Radio Birdman fan who went on to work on then-Sydney radio station 2JJ in its formative years?
Posted by The Barman at 5:19 AM No comments:

Something of an institution around Sydney, Bunt are planning a DVD of some sort in 2009. This video for "Dog Eared Tales" from 1996 has surfaced. It's from their first self-titled EP.

Will this Suck or won't this Suck?

Written and directed by Stefaniuk, "Suck" is about a group of musical wannabees in search of immortality and a record deal. The rock band THE WINNERS have sunk so low, they will do anything to make it big. After a life-changing encounter with a vampire, they rocket to stardom only to discover that fame and fortune are not all they're cracked up to be.

"I love the mixture of horror and humor,” says Alice Cooper, who stops just short of calling Stefaniuk a genius in this specific area. “And what’s cooler than a vampire?”


Lou Reed almost always had it over the journalists in the '70s. These days he tends to be a bit full of himself. This hokey lot didn't stand a chance.
Posted by The Barman at 7:38 AM No comments:

It seems BBC radio's persecuted/outspoken radio personality Jonathan Ross is a Radio Birdman fan. Considering what song to play upon his return from a 12-week suspension for making sexually suggestive remarks, he suggested on microblog network Twitter that the Radios' cover of "You're Gonna Miss Me" might be the go.

Even if he fluffed the song title and looks like he doesn't know it's an Elevators cover, that's still cool. Of the course the snooty Guardian newspaper thinks it should be Blondie but who cares?
Posted by The Barman at 6:47 AM No comments:

Died Pretty played Sydney and Melbourne last week. There should be a live review of their Homebake gig up at the I-94 Bar by the time you read this. Here's "Winterland". Turn it up.

Too much Stooges is never enough and this is a nice montage to go with the tune, no?

Labels: iggy and the stooges, iggy pop, no fun


Recent Spain tourists and this is a reminder of their greatness. You never know your luck and they might just turn up on your doorstep.
Posted by The Barman at 5:39 AM No comments:

Clever ways of referring to doing it in rock and roll

The Beatles, Led Zep, Carly Simon and Meatloaf all banged on about nailing someone. This is news? This presentation of the fact is clever. Many thanks to stashdauber for this.
Posted by The Barman at 6:17 AM No comments:

Sugar Hill Studios is an historic place in Houston, Texas, where you can apparently feel the presence of people who've worked there. Like Roky, the Stones, Roy Head and Janis Joplin. Ex-Radio Birdman soundie Andy "Mort" Bradley runs the show and recorded Hitmen DTK (circa "Moronic Inferno") and Deniz Tek there.

Dr Tek was back there this week to mix a live Birdman album from their final US tour (are you taking note!) and also to work with a combo of past clients to lay down "San Francisco Girls", a song recorded by Texan psych band Fever Tree in 1968 for a forthcoming tribute to the studio. Here's some footage for The SugarHill Gang.

So is it finally coming out?

The MC5 movie "A True Testimonial". The Metro Times seems to think so but there's been so much misinformation (most likely from the same person who seems to be tipping off the Times) that's it hard to know who to believe.
Posted by The Barman at 9:38 PM 2 comments: 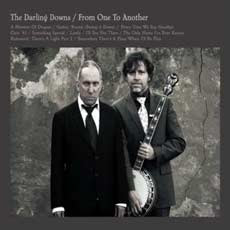 That they didn’t, in fact, rise from the dusty roads of America’s heartland or the slippery banks of the Appalachian Mountains could come as a surprise for some upon first hearing their music. But, it soon becomes inconsequential where the duo hails from; no need to put a regional tag on the soulful sincerity found in such a plain and true collection of songs.

That's Crawdaddy online talking about The Darling Downs, the backwoods music duo of Ron Peno (Died Pretty) and Kim Salmon (Scientists, Surrealists, Beasts of Bourbon.) Read more here.
Posted by The Barman at 7:10 AM No comments:

Chinese Democracy and the Art of The Hype 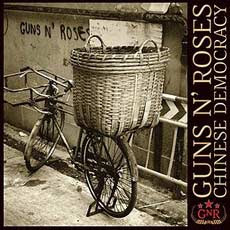 Almost elusive as the thing that its title refers to, "Chinese Democracy" arrived in record shops recently and the buying public went mild. I don't have any time for whatever Axl Rose pretends is Guns & Roses, past or present, but this piece in Crwadaddy online is a ripper.

I won't be buying it so if I hear any tracks it'll be by accident, but I'm betting it's not a patch the CD of the same name that beat it to the racks by Kitty and the Kowalskis.
Posted by The Barman at 5:42 AM No comments: