This Jet fails to take off

"By and large, 'Shaka Rock"'is an unmistakable and confident move toward respectability for Jet. But it does make you wonder why it's so rough for a band to be young, dumb and full of bad come-ons."
That's one review of the new Jet album. From the LA Times so they must have a good publicist on the payroll. I know nothing's new in rock and roll but perhaps the abject and too obvious lack of anything new to say in their past work has something to do with it.
Anyway, if you want a real laugh at Jet's expense, have a read of this.
Posted by The Barman at 11:09 AM 1 comment:

Breaking On Through One More Time 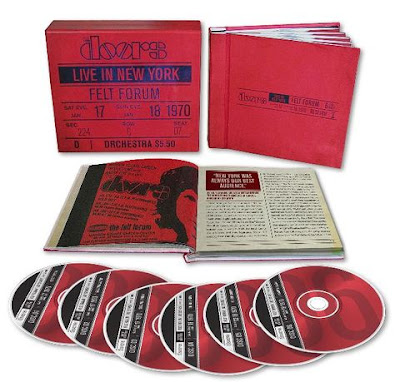 I know the post-Jim Doors machine has been a runaway train business entity, seemingly aimed at squeezing every last cent out of the Lizard King's adoring fans, but maybe this premium-priced box set might be worth close to the asking price of US$90.
The last days of the Doors have a dark attraction to them - sort of like the truck-running-downhill-with-no-brakes finality. "LA Woman" had a damaged, world-weary blues feel that dwarves much of the band's mid-period output.
This one pre-dates The End, documenting NYC gigs that would appear, in part, on the sprawling/bloated "Absolutely Live" set and recorded around the time of "Morrison Hotel", but you can hear where they're heading.
Read more about the box set here.
Posted by The Barman at 5:10 AM 1 comment:

He has a website. A new I-94 Bar interview will appear in the fullness of time.
Posted by The Barman at 9:21 PM No comments:

Before we were so rudely interrupted

If you've been thinking it was quiet around these parts lately, you were right. A terminal graphics card took the whole damned mother(fucker) board with it and $1100 bucks later we're b-a-a-a-a-a-c-k. Hope you missed us.
Posted by The Barman at 9:18 PM No comments:

Posted by The Barman at 9:05 PM No comments: 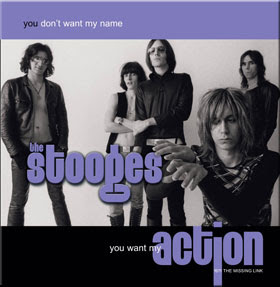 The long-awaited Easy Action box set featuring the killer Asheton-Williamson guitar line-up ships next week. Here's the announcement from da man Carlton:
We are relieved and happy to eventually give you the information that the Stooges *You Want My Action * deluxe set will start to ship end of next week (week starting 24th August 2009). Its taken bloody ages to complete but here we have it .

We also want to thank all of you for your incredible patience and understanding and support as we went through hell trying to put this together with Companies going bust on us, proofs being rejected not once but twice as they simply werent good enough. Each time knowing that us rejecting it would cost us another week . what were we going to do ? say yeah that'll do, we're under lots of pressure to deliver, just shlock it out ...like fuck !!

I am happy to say that we have infuriated you beyond reasonability because we wanted to get it right , we could have shipped something five weeks ago but it wouldnt have been as good as what you will get next week.

Again your support through all of this has been fuckin impressive , in the past we have dealt with other fan bases that would have been moaning and griping and taking our name through the mud by now . so a huge thank you to the Stooges fans for being real !! And we want to hear from you all when you get this ok?

We are already plotting the next one :)

They're called Sonic-KO's Rendezvous Band. What's more is they're
pretty good. I have no idea what he's singing so that makes it close to the original.
Posted by The Barman at 2:18 PM 1 comment:

At the Ivory Lounge at 620 Harris Street, Ultimo. That's in Sydney.
The album will be here later today.
Posted by The Barman at 8:32 AM No comments:

DEATH goes on the road 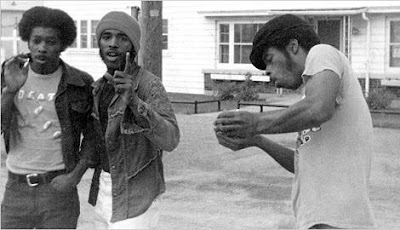 Unheard by most (until now), DEATH was an all-black Detroit proto-punk band who turned down major label Arista because Clive Davis wanted them to change their name to something more positive. Their '70s demos have been released by a Chicago label and DEATH (the members who are still alive) are touring.
More info here and our review of their record is here.
Posted by The Barman at 7:54 AM No comments:

Jeez Jim, I would have thought you'd ask some more incisive questions than these given the fact you wrote an authorised bio of the band (and the jacket blurb for this book.)
Posted by The Barman at 8:03 AM 3 comments: 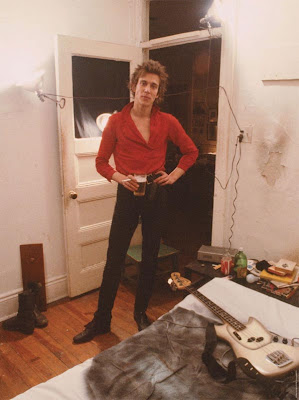 The Richard Hell "repaired" mix of his final proper Voidoids studio album, "Destiny Street", is being previewed by his label. Hell complained that he was too drug-fucked at the time of its recording to do the songs justice.
Of course he's probably right, but a key element of the sessions was guitarist Robert Quine who's no longer on the planet. Hell's left Quine's scything rhythm work intact but has called in other players to play solos.
It's a bit of a "Raw Power" situation. There are good things about the repair job (the title track takes on a funkier, more vibrant life, for example) but it just doesn't feel right. Maybe that opinion will change over time. Sometimes you do have to wonder if it's sane to let rampant narcissists re-evaluate their own work.
Judge for yourself here.
Posted by The Barman at 5:21 PM No comments:

From their MySpace:
Sunday 9 August 2009
The Laughing Clowns, following the enormous success of the last shows MAY be doing some select live dates in Australia. January 2010 had been mentioned. Nothing is confirmed. We will post when we know. Love you all. Expect something special.
Posted by The Barman at 7:39 PM No comments:

For the hell of it.
Being the Dictators spin-off signed to MCA.
Posted by The Barman at 10:35 AM 1 comment:

There's a preview of the entire new Reigning Sound album happening here.
Posted by The Barman at 8:07 AM No comments:

Maybe not one of the great innovators of the CBGBs scene but still a
worthy one, he's died of pancreatic cancer at age 58.
Posted by The Barman at 8:01 AM No comments:

He Slept With Joey Ramone 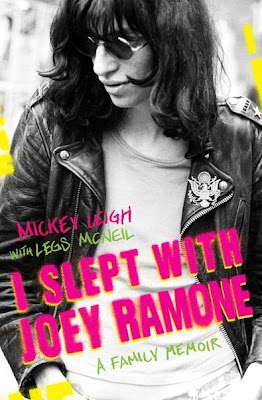 Mickey Leigh. Joey's brother. He also roadied for his band and sang with him.
Mickey's family memoir on his life growing up with Joey - presumably containing all sorts of insights into the in-fighting that occurred within the band and that continued unabated after the passing of the principal members - was written with Legs McNeil (Please Kill Me co-author with Gillian McCain.)
It's due in December.
Posted by The Barman at 6:58 AM 1 comment:

James Williamson is warming up for his pre-Stooges return to the stage with a local band on September 5 with an interview in the NBC Bay Area Online. It turns out country-fied backing band The Careless Hearts are putting aside their usual set list for a night of "Raw Power" covers.
Here's what James says about past and future Stooges set lists:
One of the things about The Stooges in the old days that was very stupid was that we very rarely played the same stuff very often. We would be playing new stuff as we went along because we thought we were being creative and also because we got bored very easily. So as entertainment we kind of failed because no one really knew the songs. This time around we are trying to draw on things the audience knows and that covers a lot of territory. A lot of "Raw Power" stuff and we'll hit on the first two Stooges albums, maybe a couple of Iggy's solo things.
More here and watch for the I-94 Bar's chat with James after the Stooges rehearsals are done.
Posted by The Barman at 9:00 PM 1 comment:

Part two of Thirsty magazine's excellent danny Fields interview is here. In case you missed part one of the talk with the guy who discovered the Ramones, the MC5 and the Stooges, it's here.
And just think about the fact that the guy has 2000 taped interviews with various people in his sock drawer.
Posted by The Barman at 5:37 AM No comments:

Wall of Sound gets some Helter Skelter attention 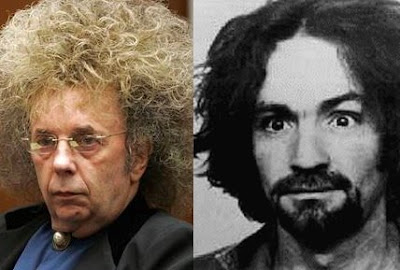 Apparently Charlie Manson wants to work with Phil Spector now they're neighbours. Phil's horrified (presumably because they won't let him pack a sidearm in a correctional facility.) More here.
Posted by The Barman at 6:35 PM No comments: