If you're into being inked and live in Melbourne, there's a young lady with the surname Tek who might be able to add some colour to your flesh. Check out here work here.
Posted by The Barman at 12:48 AM No comments:

If the normally unreadable Spin magazine is going to claim to be relevant and review the return of the Stooges, you'd think they'd get some basic facts right. Like Ron Asheton being the original Stooges guitarist. A breath-taking faux pas. Don't forget to read the understandably irate comments - one of the posters appears to be the late Ron's sister Kathy.
Posted by The Barman at 5:41 AM No comments:

You've seen the photo and heard the story, but not in this much detail. Go here.
Posted by The Barman at 12:26 AM 1 comment: 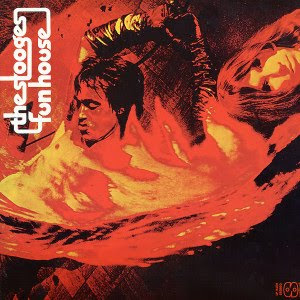 As the newly reconstituted Stooges consider putting their rep on the line to record another studio album and prepare to be inducted into the Hall of Lame, I thought you'd like to know that "Funhouse" is turning 40 this tear. Here's a great retrospective piece on one of the greatest albums of all time.
Posted by The Barman at 8:32 AM 2 comments:

Back to work in more ways than one and the I-94 Bar is again open for business. THere's the odd giveaway running because it's our 10th anniversary. Time flies when you're having fun.

Let's start 2010 with some good news, after a string of bad stuff over the holiday break like the death of the Tote Hotel in Melbourne.

Ex-Powder Monkeys guitarist John Nolan has started digitising old footage of his legendary band and parts are finding their way to YouTube. If you don't know who they were, read this recent Comfy Chair posting by Jim Lewis.

On to the filmclip and word is you might be able to buy some of these shows as DVDs in the near future. That would be money wisely spent. Try this for size:

Posted by The Barman at 6:42 PM No comments: