A 1970 Michigan festival that pulled 200,000 to 300,000 fans to see the likes of the MC5, the Stooges, Mitch Ryder and blow-ins Rod Stewart and Joe Cocker? It happened although there's little about it in the history books, save David A. Carson's excellent Detroit rock retrospective "Grit, Noise and Revolution".

Goose Lake was a wild gathering by all accounts, with acid and harder stuff openly on sale and nobody seeming to remember WTF occurred. We do know a wasted Dave Alexander played his last show with the Stooges, Iggy firing him for being too out of it. You read that last sentence correctly.

A three-day festival that drew 300,000? That's big by any measure. These days they'd claims the same turn-out for a vigil for Michael jackson. The Metro Times has redressed the lack of coverage 38 years later with an excellent piece on the three-day extravaganza. Read it here.
Posted by The Barman at 9:59 PM 1 comment: 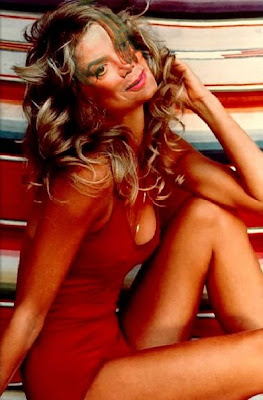 With thanks to Steve Lipincott for posting it on Facebook. It might have to be the last word on the issue here.
Posted by The Barman at 3:28 PM No comments:

Wing: She's not from Australia 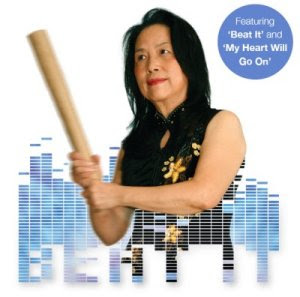 Wing is Artist of the Week around these parts. A star of New Zealand TV and with a cameo on South Park under her, er, wing, the singer's online bio says it better than anyone else ever could:

Wing Han Tsang (曾詠韓), the singer popularly known as Wing, has in a few short years achieved world-wide fame and a cult following that transcends borders and languages. When Wing sings, you cannot miss her sincerity and the pure joy she has for singing. With her unique voice and determined spirit, she has achieved what many singers can only dream of doing....

Of course her latest album includes a Jacko song. The tracks wouldn't load this morning but maybe you'll have more luck. There are some choice AC/DC covers that load.

At last, a Kiwi performer that Australians won't be claiming as their own.
Posted by The Barman at 7:23 AM No comments:

This was posted at the Bar today as our Video Of The Week. They're rotated all the time so it's fitting to replicate it here. The footage is 8mm film and the soundtrack's been dubbed but it's a rare glimpse of The Seeds (and late frontman Sky Saxon) at their peak in 1967.

Posted by The Barman at 8:17 AM No comments:

You Don't Want My Name You Want My Action

Tha's the name of the Stooges 1971 box set mentioned here a few weeks ago and it is about to ship. It features live twin-guitar fireworks from the brief six-string pairing of Asheton and Williamson. You can hear sound samples here.

For audience recordings, these aren't too bad. Just don't expect to get it in a shop. It's online sales only.
Posted by The Barman at 8:28 PM No comments:

Seeds leader Sky Saxon has died. His most recent album was reviewed at the Bar a couple of months ago. It says it all pretty well.
Posted by The Barman at 6:28 AM No comments:

C.J. Ramone and some surprises

There's a great one with CJ Ramone on his www.markprindle.com in which the ex-Ramones bassist reveals he was twice courted to join Metallica, but turned them down to stay at home and mind his autistic son. That story seems to have had a happy ending. Read more here.
Posted by The Barman at 1:51 PM No comments:

Make Mine Japanese - Destroy All Monsters


Here's a special YouTube treat: A rare studio film clip interspersed with live footage from the latter day Destroy All Monsters fronted by Niagara and including Ron Asheton and Mike Davis. This dates from 1983 according to Dan Boyd (aka The Wizard of Livonia).
Posted by The Barman at 5:38 AM 1 comment:

Down and Out Downunder Ep 2

The latest Down and Out Downunder all Aussie podcast is live at the Garage Punk Network. Cheers!
Posted by The Barman at 9:52 AM No comments:

Labels: down and out downunder, garage punk, podcast

The retro rocker has advanced pancreatic cancer according to his fan club. A veteran of CBGBs in its prime, he's a peer of Thunders, the Ramones et al and recorded some great records including a one-off with the late, great guitar innovator Link Wray.
Posted by The Barman at 8:27 AM No comments: 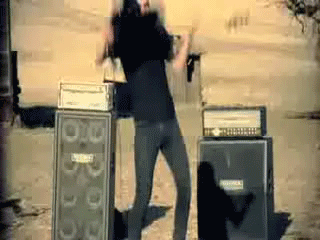 This is one of the worst clips I've ever seen. Hands down. Get the full effect here. If you've seen worse, leave the URL in comments. The URL please! Otherwise your believability is shot.
Posted by The Barman at 3:35 PM 1 comment:

On the quiet with J Mascis?

It seem incongruous reading a J Mascis interview on a blog called The Quietus but there you go. They have a new album in the wings. Murph gets into things and gives the drummer's perspective here.
Posted by The Barman at 5:03 AM No comments:

Vera Was a Punk Rocker 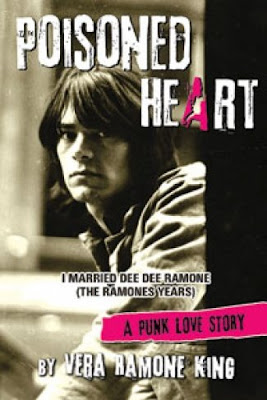 There's a tell-all book out by Dee Dee Ramone's first wife, Vera Ramone. Pretty sordid stuff by the sound of it so it'll no doubt sell well.

Dee Dee's first marriage was allegedly a sham, put in place by record company executives keen to install a minder into the errant bassist's life. But he still talks to Vera and told her to write it. Who was it that wanted a lobotomy? More here.
Posted by The Barman at 10:47 PM 1 comment:

This is pretty good but does the analogy mean Social Media will be appropriated by big business and disappear up its own arse?

Posted by The Barman at 2:19 PM No comments:

"They didn't know we were Jews."

If you know where that lyric comes form you'll want to read this.
Posted by The Barman at 9:01 AM 1 comment:

Phil Spector gets back to his roots

The Smoking Gun got hold of his prison admission photo, sans wig. 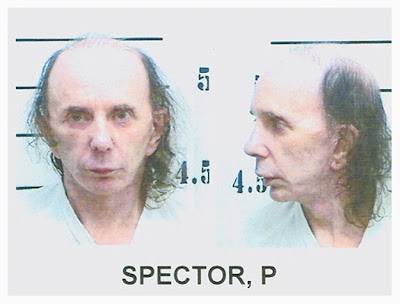 Sonic Youth on "The Eternal"

Sonic Youth wax lyrical about their magnificent new wax, "The Eternal" here. And yes, to coin a well-used phrase, it really is one of the best things they've ever done.
Posted by The Barman at 7:11 AM No comments:

Here's the skinny on this one that was mentioned here a while back:

Wish granted. Bono is such a twat.

Posted by The Barman at 8:36 AM No comments:

You have to see this!

Bad filmclips of crap songs with literal lyrics, derived from the clips. Total genius. A nod to Neil Stollznow who tipped me.


This is inspired too.


Here's Strawberry Fields if Ringo had written and sung the song and directed the clip:


Chili Peppers get the treatment:


If someone would trash Bono,life would be complete.
Posted by The Barman at 10:12 PM No comments:

Some things I've been listening to

“Hats Off To The Cheats”: New album by the tightly-configured Melbourne powerhouse on Off The Hip. Catchy as swine flu.

“Finland Freakout” Nothing succeeds like excess and the Pink Fairies were experts in that area. A stunning 1971 show.

“All Your Love”: Mick Medew & he Rumours’ debut. It’s on our label but that doesn’t mean we can’t rave about it. The formal reviews will come from others however. Did I mention they play The Vanguard in Sydney on Sunday night?

The forthcoming Intercontinental Playboys album. I had to listen to this to see what the final pre-production master sounds like. It wasn’t an un-enjoyable task. You will dig.

“Washing Machine”: Sonic Youth rule and the new album “The Rapture” is right up there, but “The Diamond Sea” may be their sweetest/sharpest 19min36sec ever.
Posted by The Barman at 3:49 PM No comments:

Blondie drummer Clem Burke, Sex Pistol Glen Matlock, Brother Wayne Kramer and Beach Boy Al Jardine are among the talent lined up to teach at Band Camp in Hawaii in October. Steve Jones is out of a radio gig and has been passed up (at this stage) for Stooges duty so how did he miss out?
Posted by The Barman at 7:49 PM No comments:

The Nomads in the studio

Sweden's best-ever rock and roll band are back recording. This is good news so here's a trailer form their live DVD on Munster to celebrate. Lindsay Hutton of Next Big Thing blog is doing the spruiking. Och aye!

A box set of Beasts of Bourbons albums is coming down the pipeline. My intel is that the master tapes were saved from a rubbish tip by a sharp-eyed soul. Rumour has it that the original line-up (or close to it) will tour on the back of it. I guess they'd have to play this.

Posted by The Barman at 8:17 PM No comments: